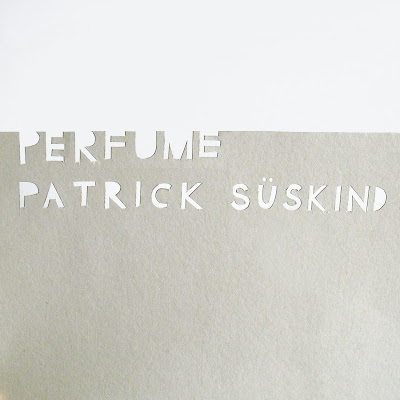 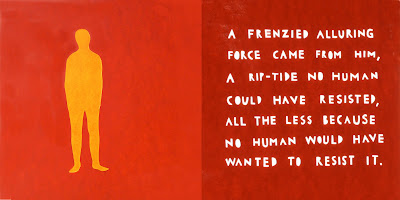 This was not particularly well thought out on my part but what it lacks in strength as a coherent sequence of images it made up for in being fun to do. Apart from an achey hand from cutting all those letters out! But that kind of detailed, slightly mundane job is my favourite especially if I've got some nice music on or re-runs of River Cottage on my laptop. Sad but true..
I wanted to show Grenuille (who has no smell of his own) as a negative, defined by the things he smelled or perfumes he created as a disguise. I enjoyed making 3D stuff for a change and photographing it as it's like my usual cutty-outy stuff but a bit more interesting and unpredictable.
Posted by Anna Betts

Hello Anna! I hope you are well, I put your blog link and etsy page link on my website. I hope this is okay!

You've done a really fabulous job with this project, and I absolutely do think there is a coherency. Glad you had fun doing it, despite the achey hand (I know that feeling from prvious works!!)

Actually I think it's lovely. I really like the use of the negative, the complimentary colour fields.

All that letter cutting is so impressive! Looks great!

I just love it, and the hand-cutting is worth it, the effect is unique.
Congrats