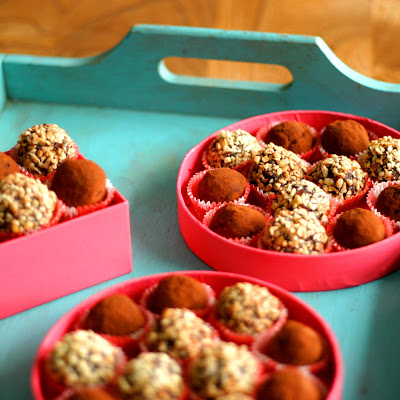 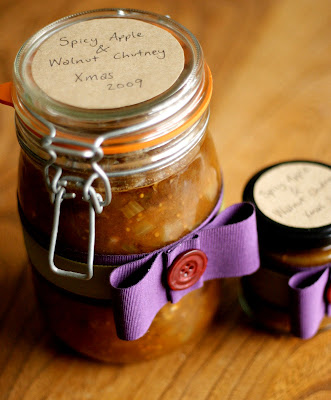 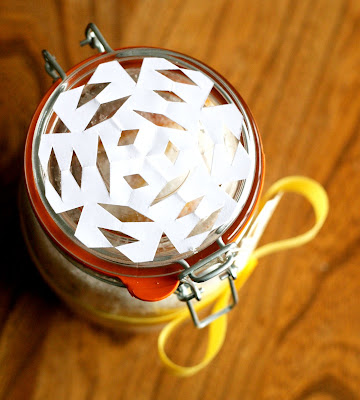 Well this will be the last chance I have to wish you all a happy holiday! I hope you have a lovely time with family and friends and I will see you in the new year (if not before). As a parting gift I thought I'd show you some of my hand-made produce that I'll be giving this year, from top, hazelnut and plain truffles, apple and walnut chutney and crystallised orange and lemon peel.
Merry Christmas everyone!
Posted by Anna Betts 4 comments: 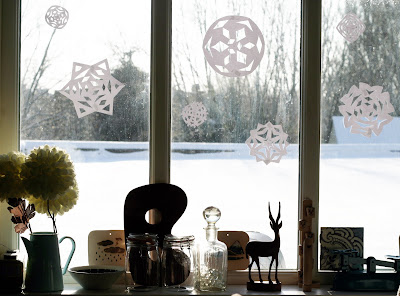 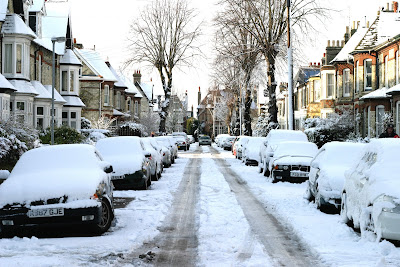 Well, if you've not heard, it's bloomin' snowy in England!
We were out for a work do last night and it was just starting to snow. By the time we finished our meal there was about 3 inches of snow on the ground and we had to help cars get out of the carpark, and over bridges as we walked home in a huge blizzard!
We're forecast more snow tonight... So exciting!
Posted by Anna Betts 2 comments: 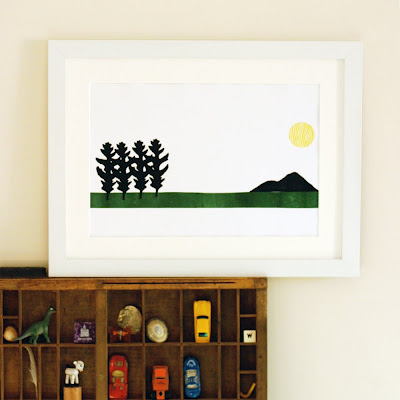 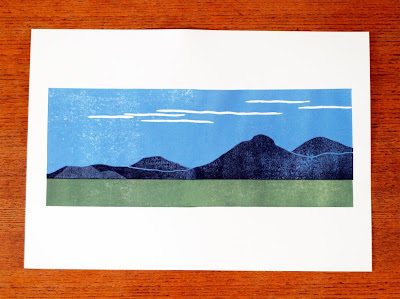 Goodness, it's been a busy few weeks! I've got my last deadline of 2009 tomorrow and then a tutorial on Thursday but then nothing until late January, which is a bit of a relief, I'm knackered!
Today I've been doing last minute picture framing for customers who have a Christmas deadline and - somewhat more bizarrely - making a costume to turn a small white 13-year-old boy into the Three Supremes for a school talent show tomorrow night! It's a great thing to be involved with, and the fact that this boy is going to sing a Motown medley is reason enough for me to give up my evening! In case you're wondering, the costume consists of a plastic pipe with two life-sized Supreme's heads on either end, each with a clothes hanger for shoulders and then a piece of gold fabric that hangs as a dress. It sounds awful but looks surprisingly good!
I've also been making chutney for Christmas pressies, and found a nice Rick Stein recipe here which looks and tastes pretty good if I do say so myself. On Saturday I'm going to get to grips with crystallising orange and lemon peel a la Hugh Fearnley Whittingstall, I'm feeling all homemade-y since watching Kirstie Allsopp. Although, how many times did she say "Meadowgate" in three programmes??? Bad editing I think...
Anyway, these two prints are from the linocut book I did around this time last year are now in the shop. I dug it out the other day and felt sad I'd not done anything with it at the time. So I thought I'd see how a few prints go in the shop. More to come in a few days.
Have a good week folks!
Posted by Anna Betts No comments: 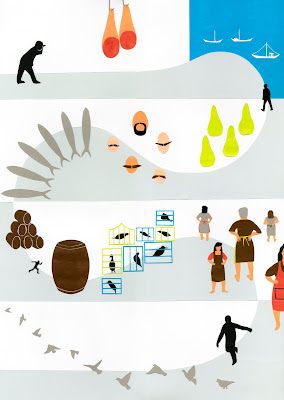 You are such a lovely lot, your advice was so helpful!
I'm just about to start making a set of 12 cards that will fit together to form this larger picture, as an extra to having the actual poster for the crit tomorrow. Both the cards set and the poster (which will fold into 12ths) will be presented in slip cases which I'm covering in chartreuse and white gingham, to pick up the colour of the pears and bird cages.
I'm pretty happy with the finished result, I think using fewer colours worked to bring it all together, and by highlighting the path it makes a clearer journey - like you all suggested.
I hope you like it! Thanks so much for your help!
Posted by Anna Betts 6 comments: 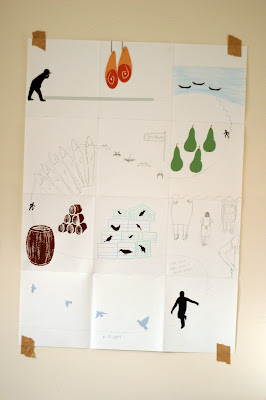 Hello dear blog reader, I'm having a little trouble and wondered if you might give me your advice.
I'm working on a poster as a response to a brief asking us to make a sequence of images following a figure through Porto. I chose to do a child running around counting things that he notices. So it goes, 1 boy, 2 hams, 3 boats, 4 pears, 5 moustaches, 6 sardines, 7 barrels, 8 birds in cages, 9 hands on 9 hips, 10 pigeons.
I don't want it to be too obviously a counting game, hence not including words or numbers but I do want it to look more like a cohesive journey that it currently does. I think I would naturally read each row from left to right like a book but I need to make the layout design strong enough to show that in the second and fourth rows read right to left. I hope the windy path will achieve this. Confused?
I've got bodies to add to the moustache men and I want to use less colours to make it bolder and either block in some colour or make a continuous grey track for the boy to follow. The photo is of my first draft.
I realise I am procrastinating to the max by blogging this instead of just getting on with it but I genuinely feel stumped. Help me please!
Posted by Anna Betts 8 comments: 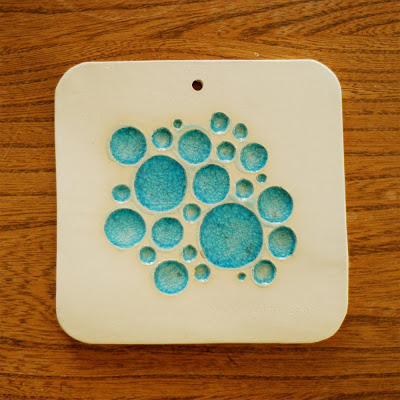 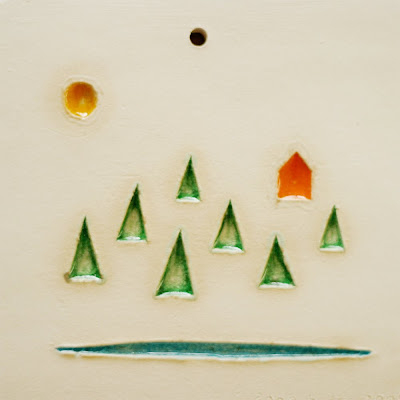 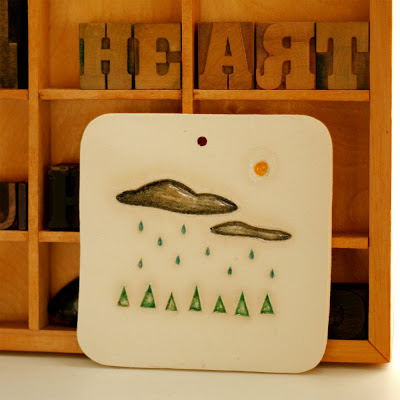 So I'm pretty pleased with the latest set of tiles! They are all now in the shop. I love the bubbles one especially, and how the rainclouds have come out. Unfortunately the numbers one didn't turn out well - I'd filled them with red beads but the colour burnt off in patches. For some reason hot colours don't do so well as blues and greens. Weird. Anyway on those that have worked the glass is just so crackled and shiny! I love it!
Also, I just let Lucie know (as she's a woman obsessed when it comes to this stuff) that Portmeirion are reissuing some of their 1960s pottery designs in the form of mugs - perfect for the Christmas gift audience methinks. I saw this one in a posh shop today and they are just gorgeous, so tactile, and lovely in contemporary white - the sludgy blues and greens of the originals are dreamy of course but the new versions have a wider appeal I guess. Yum yum! 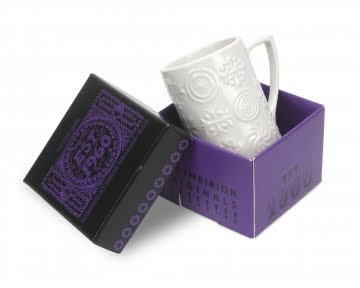 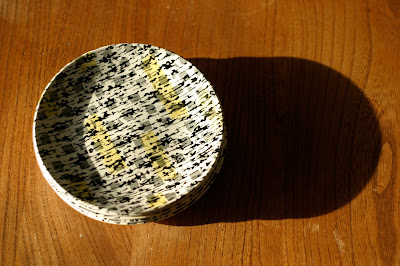 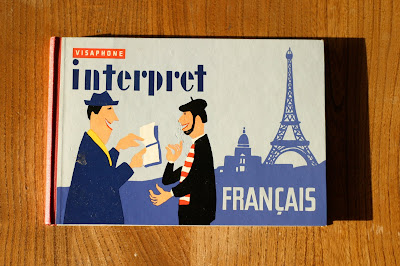 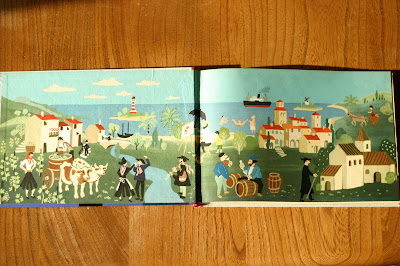 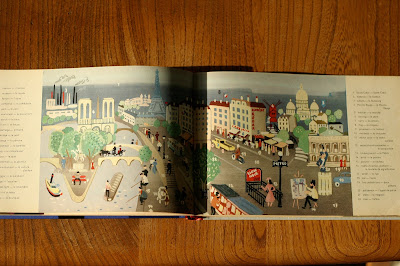 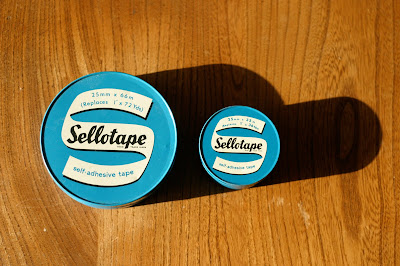 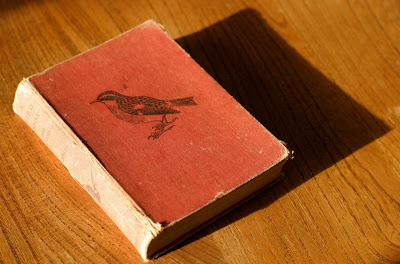 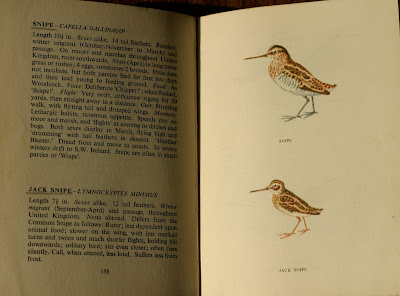 I've accumulated this little lot over the last few weeks (and possibly months) but neglected to show you! I bought the baby sellotape tin just this morning for 50p and it's so cute! It's about 3 inches across and will probably store needles or safety pins in its new life.
I love the Francais book, it was printed 1961 and the charming illustrations run all the way through. And those 1950s plates were a snip at £2 for 6!
Have you found anything good at car boots or jumble sales lately?
Posted by Anna Betts 3 comments: